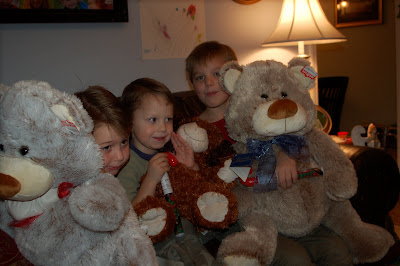 A couple of days before Christmas, the boys received a fabulous pre-Christmas celebration complete with gifts just for them! A special couple wanted to do something for our boys to mark their first American Christmas and to express how happy they are that Max, Misha and Vitali have a family of their very own this year. Isn't that great?! They brought quite a few lovely gifts and each gift was so perfect that I was amazed--still am! This generous couple had never really met the boys personally and yet the gifts the boys received were absolutely inspired!
Steve and I kept glancing at eachother with open mouthed amazement.
And the boys were thrilled, of course! 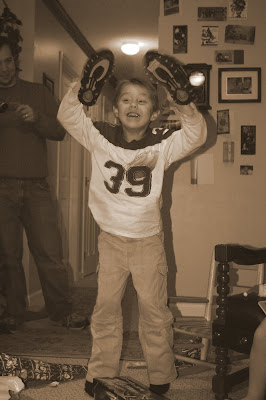 Since this occasion was just for the boys, I had given the girls the option of going somewhere else for the evening but they wouldn't miss it for the world! They are so happy to have brothers and they are used to the fact that things are still a little different for the boys. In many ways, it is like we have new babies in the house. Everyone knows babies get extra attention. :-) (Shhhh....don't tell the boys I said they were like babies!) We are so blessed that our family has welcomed these boys with such wide open arms. The girls have been so unselfish and wonderful in their attitudes. In fact, they were just plain honored that their brothers could be so blessed! And if it sounds like I'm bragging--I am!

And, let me tell you my special Christmas gift: My mom's housekeeper, Joanne, wanted to do something to express her welcome for our boys and to help me out this Christmas. She insisted on cleaning our house for us!!! I was able to get my tidying up done early and then do some last minute shopping with Steve (My mom had the kids--another wonderful blessing for me!) and come home later to the house sparkling and smelling so clean! I think it is worth noting that despite the fact that the number of children in our house has doubled this year, this is the first year that I have actually gotten to bed EARLY on Christmas Eve!! What a wonderful treat that was!

Speaking of Christmas Eve, Hannah gathered the kids together into costume that special night in our living room and put on a very quick performance of "Joy to the World" sung/mumbled-with-a-Russian-accent. After the musical number, they all posed for a nativity picture. All except Ivy that is. I think she would have rather been Mary so she could hold the baby Jesus. 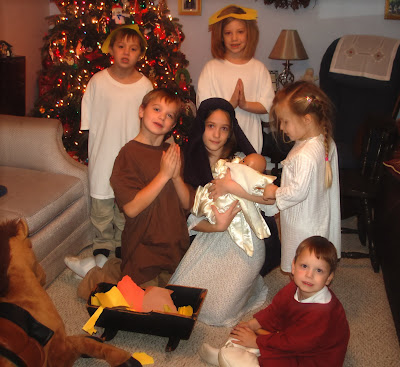 Christmas morning was a fun time for the children. The kids unpacked their stockings first. These stockings were a gift from the mother of a very good friend of ours. She made them each a stocking and then each stocking is personalized with the children's names! How fun! Then we ate lefse for breakfast, this is the first time the boys had tried lefse, a Norwiegian tradition we do that honors my mother's heritage. Max liked it quite a bit, but it is one of those things that has to grow on you. :-) 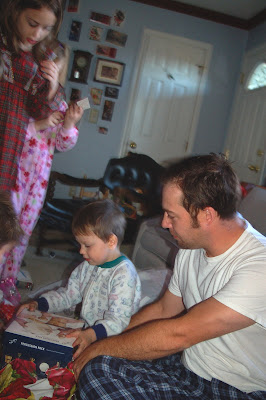 (Vitali, opening a "family gift" a six-piece percussion set--I know, what was I thinking?!)

We opened gift after gift. The kids had each shopped for eachother at the dollar store (Love that place!) That right there was 30 gifts! They had also wrapped up a whole bunch of their own toys and clothes to give to eachother. And then there were the "real" gifts! Such fun!

After the gift opening was done, the kids played a while with their new prizes. 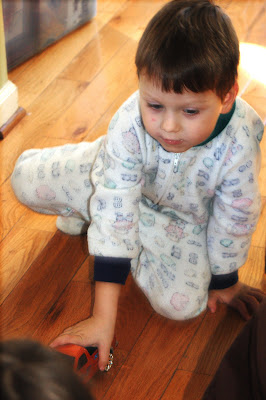 Then we all went to my mom and dad's house for a simple but delicious dinner. With cheesecake and the rest of the cookies for dessert. Mmmm! 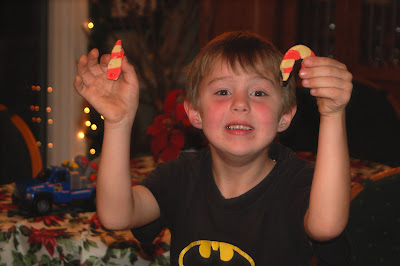 The theme of our Christmas this year seemed to be the generosity and love of others. God has richly blessed us! We truly just shake our heads in humble grattitude. Thank you all who watch our story, who pray for us, rejoice with us and who have lent a helping hand! We may not ever be able to repay you but we are so thankful. More than you know.

We hope your Christmas was as special as ours!
Happy New Year!
God bless you all.
Posted by Steve Eimers at 6:14 PM 8 comments: Links to this post

A First-Ever for Vitali: 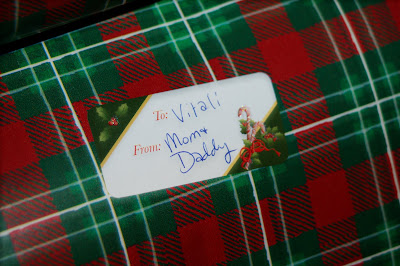 Posted by Steve Eimers at 5:21 PM 3 comments: Links to this post 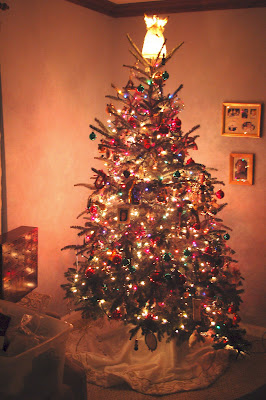 It is the first Christmas for the boys in America! We decorated the tree several weeks ago and all the children were so excited! The boys watched as the girls picked out several ornaments from Christmases before gleefully chatting about their memories and I noticed thoughts passing in the eyes of the older boys. I wonder what they were thinking--or maybe they were just processing the information. Next year they will have memories on our tree too. 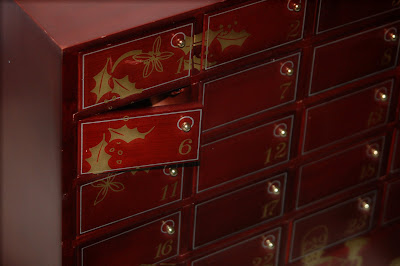 We have an advent box that has a little door for every day of December until Christmas. What fun each night when they all line up and the child whose turn it is swings open the tiny door! Last night, they found a strip of paper which led them around the house a bit. The end of the search was a red gift bag with some markers and construction paper in it. My mom had sent over all the markers for them.

They spent all last evening drawing and creating and woke up only to pick up where they had left off! Misha asked me how to spell "gorilla", so I told him. After the "a", he wanted to put a period. "It's not a sentence", I corrected him. So he thought about it and added some words. Now, according to him, the sentence reads, " The gorilla ate the sandwich". But it doesn't, because word order does matter in English! Ha ha! 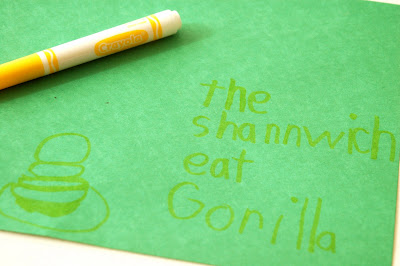 And, yes, that should say "sandwich" but when he asked how to spell "Shannwich" I just couldn't resist....

Melissa
Posted by Steve Eimers at 9:47 AM 3 comments: Links to this post

Snuggling is the best Medicine. 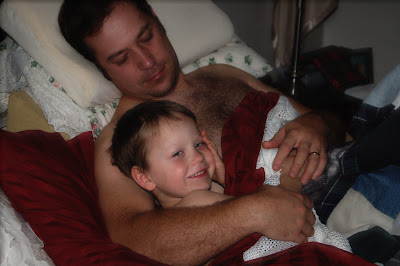 Vitali was awake late the other night. He was very distressed that he was coughing and it just wouldn't stop! Steve gave him some medicine and rubbed Vicks on his chest. A glass of water and some snuggle-time in Daddy's bed and Vitali was feeling pretty happy! There is just something special about sleeping in Mommy and Daddy's bed!

After he drank his water he asked me, "Mama, will you please snuggle me in my bed?" Of course I did. And it occurred to me that it wasn't something he had asked before. I think it is another step towards being a regular little boy when he knows he can ask me to comfort him when he is sick. Maybe it sounds strange to any of you whose children have always had parents but these little things stand out with the boys because they have been conditioned not to expect it. They don't expect it so they don't ask. Whey they do ask, it is new and special to me.
Posted by Steve Eimers at 9:33 AM 2 comments: Links to this post

Word order is not so important in Russian. It is tricky to teach it in English to a formerly-Russian-speaking child. Sometimes it doesn't matter. Sometimes....

Me: Never mind.
Posted by Steve Eimers at 7:29 PM 5 comments: Links to this post

Much to be thankful for. 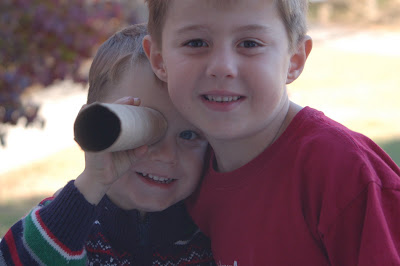 Thanksgiving...I need to say something about this "first" quickly before Christmas arrives!!

In the weeks before Thanksgiving, I read to the childrean from a child's chapter book about the Pilgrims, the Mayflower and the Indians. I read of how the Separatists had to sneak to have their services and how it was so important to them that their children grow up in the Lord that they were willing to risk everything toward that end. The kids all listened and asked for another chapter each time. The boys seemed to get quite a bit from the story, something which surprised me. Their favorite things were: Pilgrims, The Mayflower and Indians.

We talked about the reason for Thanksgiving. To thank God. We discussed how this is what the pilgrims did and shook our heads that so many children miss that important part of the story.

A day or so before the Big Day, I took the kids for a nature walk up the street. Anything, to help pass the time till Thanksgiving would finally arrive! The boys and girls both were soooo excited!

This goofy guy (Misha) found a giant leaf which he declared to be a hat for our "POMkyin". Our pumpkin was sure to love it, he assured me... 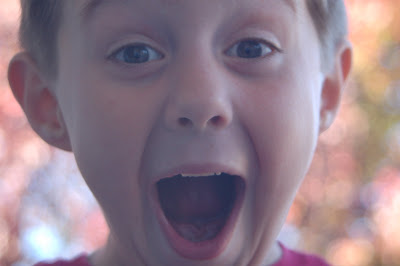 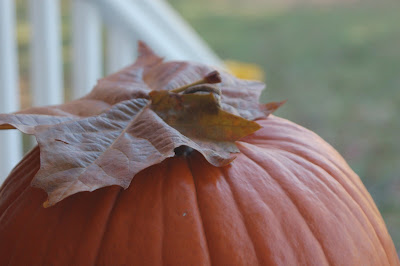 On Thanksgiving we went to my parents home where all my brothers and their families (except one) and my sister and her family were. The boys did fairly well playing with their cousins. This is something that surprised me. I thought that they would love to play with kids but they don't. It is something that they have had to learn. I guess that it is a trust issue; I don't know for sure.
Anyway, this time was much better. Vitali plays just fine now. Like a normal little kid. The other two are "quirky" at best! :-) 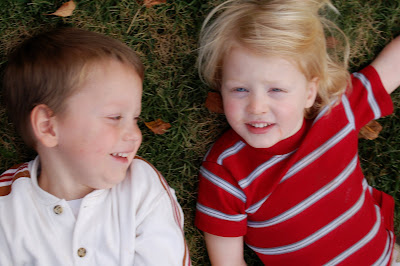 (Vitali and cousin Simon)
Max tends to hoard toys. I forget to watch for this. I noticed that he would hold onto the toys he wanted--which just so happened to be his cousins') while he watched TV. I had to go and explain to him that he should choose an activity; play with toys or sit and watch television but that it wasn't nice to keep all the toys when he wasn't using them anyway. I saw his brow furrow with the difficult decision but Television won at that point and he set down the toys. His cousins really put up with him surprisingly well. 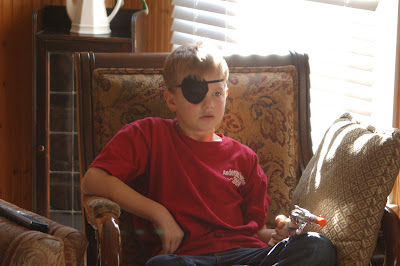 Why is it that TV casts such a spell? It did serve as a good way to keep the kiddos busy in the last moments before we ate. Misha didn't complain once about being hungry... 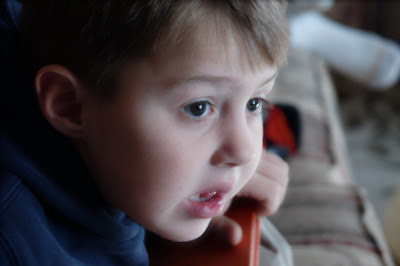 The children were all eager for the big dinner! Max liked everything. He is my best eater. He loves pretty much anything we give him. Especially meat and soup! Turkey was his "favit", he announced. He enjoyed sitting by his cousin "Eefin" (Ethan--also what he calls my brother Nathan, kind of a one-word-fits-many thing.) 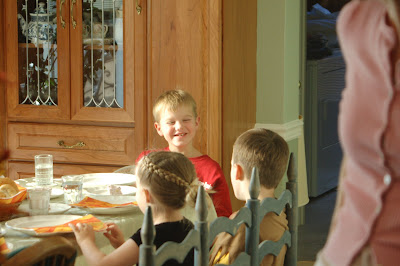 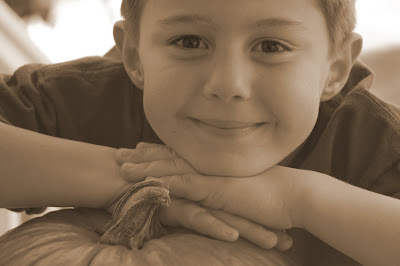 It was a very lovely Thanksgiving.
We do indeed have much to be thankful for.
Praise the Lord.
Posted by Steve Eimers at 7:53 AM 6 comments: Links to this post